Dewsbury based Omega Design is a successful precision engineering company run by Matthew Chambers and his son Jonathan. The business is always looking to develop existing ideas or invent entirely new products either for their customer base or, when they get the opportunity, for themselves.

Matthew Chambers explains, “We’re a design, manufacturing and marketing company. The majority of our work is motorsport, aerospace, energy and medical applications. However, we can help anyone in any industry from initial design to finished product. 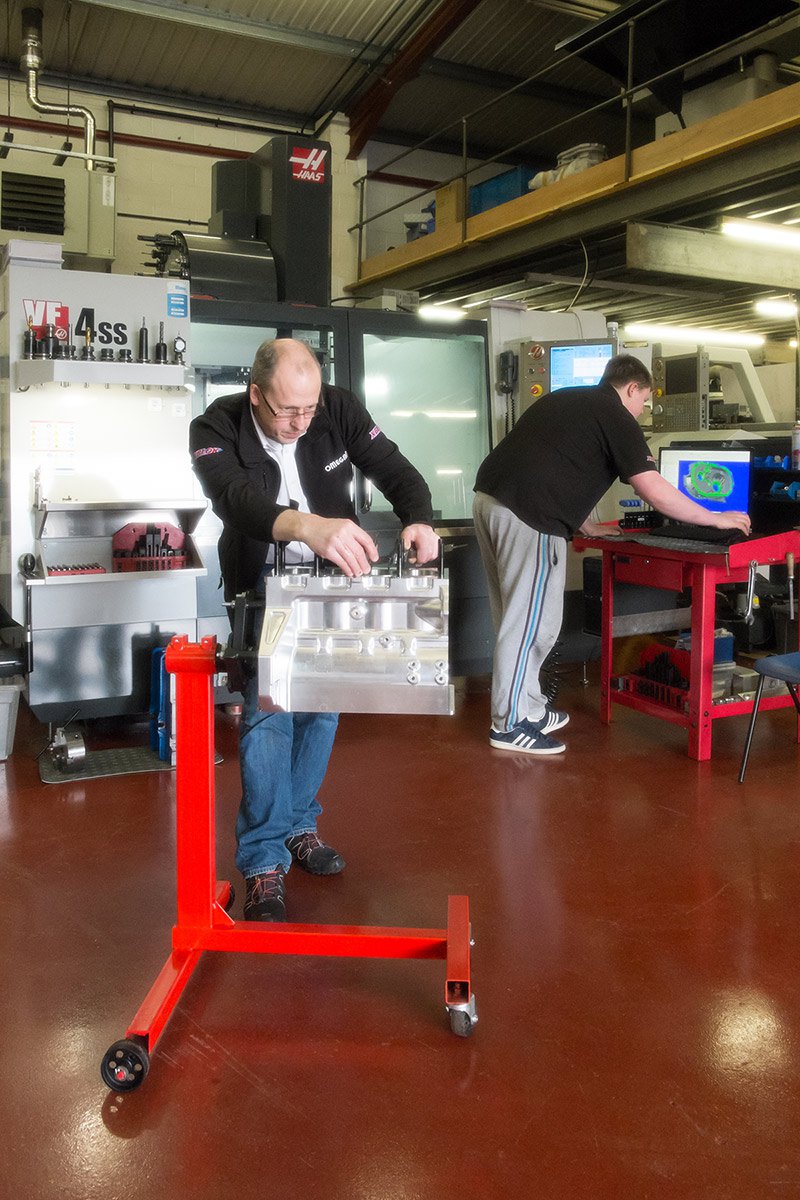 “Many parts we make ultimately end up with Airbus, Nissan, Cummins, Rolls Royce and other large manufacturers, but we also do jobs for local businesses.

“We also offer a programming service for other businesses. We’ll often get called in to remedy inefficient G-Code. For example, we’ve recently helped stop chatter and ovality for a well known turbo manufacturer.

“To keep ourselves focused we often develop our own ideas choosing not to make anything that already exists, as we’d just end up competing on price.

“My son Jonathan is a very keen trials bike rider and due to the rigours of top competition we find a number of parts that can benefit from redesign. One of our most recent was a radical new design for a chain tensioner pad.

“This was developed to counter the problems of existing chain tensioner designs. Namely, obstructions within the trials section can seriously damage them.

“Our design used a large chamfer and hidden fixing bolts. Not only did it function extremely well, it was a more aesthetically pleasing product. The first stage was to submit a patent application, which entails detailed drawings and an explanation of the product. The next stage was to 3D print an actual tensioner using our ZCorp printer. From this the tensioner’s mould could be designed. The mould was constructed in MasterCAM, then CNC machined out of 7075 aluminium. 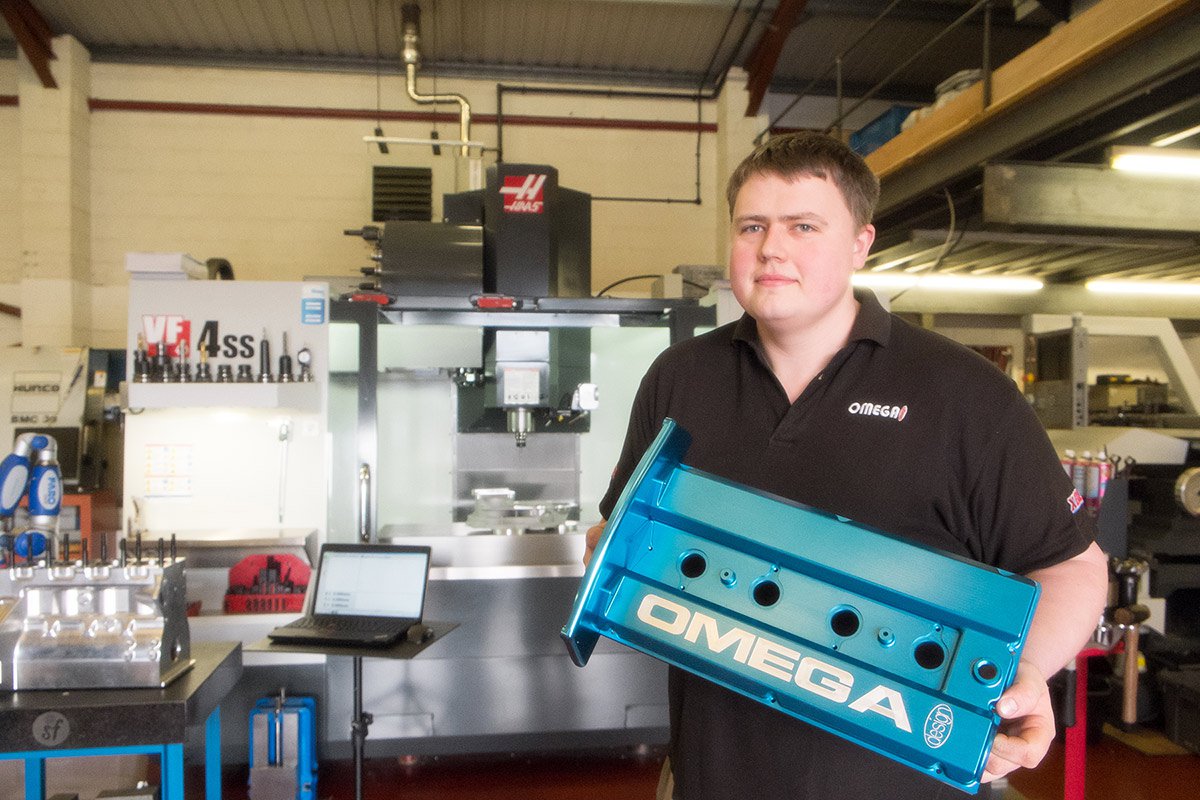 “The success of the tensioner has led to us redesigning, manufacturing and marketing a whole range of parts and accessories for trials bikes under the trade name XBLOK.”

Matthew Chambers has grown the company over the years, now employing three full-time and two part-time staff to help run their ever growing arsensal of CNC machines.

“I bought our first Haas back in 1999, shortly after taking over the business from my father,” Matthew Chambers continues. “Since then we’ve gradually upgraded and added to our Haas stable and today we’re running a horizontal, four lathes and two verticals. The most recent investments have been a new 12,000 rpm VF-4SS Super Speed vertical and a 50-taper VF-5XT vertical equipped with through spindle coolant.

“The VF-5XT has transformed a job making valves for use offshore. The billets of titanium need 83mm holes drilled to a depth of 150mm. We used to drill 40mm holes on our lathe, then bore out to the required 83mm. This would take at least an hour.

“We now use a U-drill on the VF-5XT, which does the job in just under 3 minutes. This would have been unthinkable without the through spindle coolant. 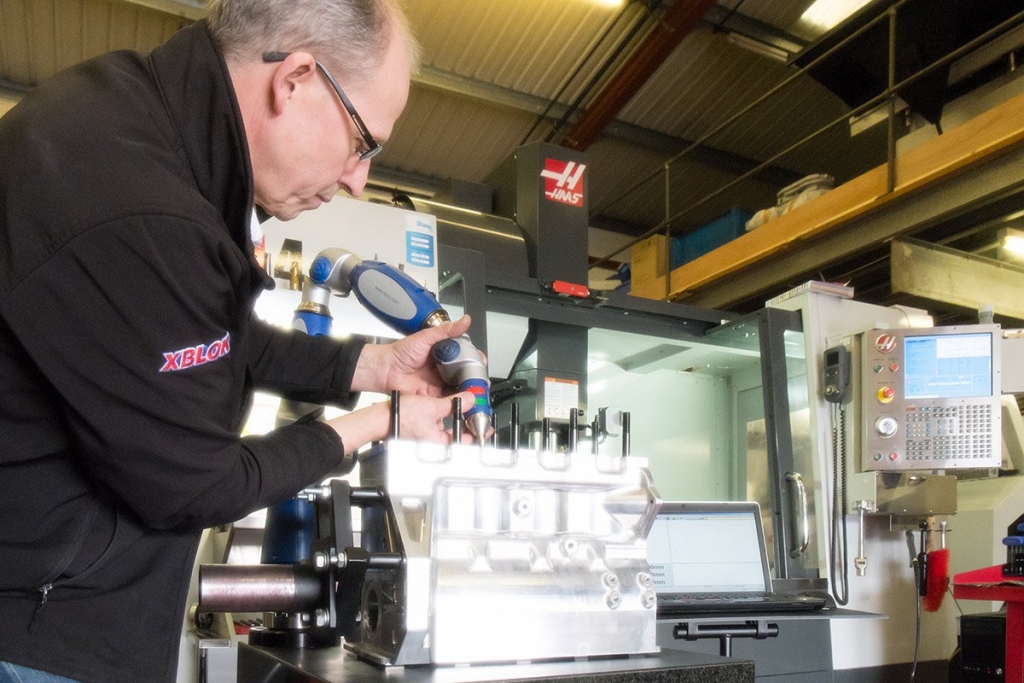 “The real joy of owning a family business is we can work together on projects purely for pleasure. Jonathan is heavily into motorsport, not only does he compete in trial bike championships he’s very competent in a car. He owns and races a modified Mistubishi Evo, which has been dyno tested at 800 bhp. The majority of the car’s custom parts have been designed and built here by us.

“Jonathan recently decided to build his own billet block engine from the ground up. He designed the engine in SolidWorks and together we’ve machined it. The only original Mitsubishi part used in the engine is the cylinder head, although we’re planning to design and build our own. When complete the engine has a target output of 1,200 bhp.

“We’ve been really impressed with Haas. Not just the accuracy and reliability of the machines themselves, but the whole package. The service we’ve received truly has been second to none. Thanks to Haas we have become a benchmark manufacturing facility: a market leader in CNC machining, cycle time, and efficiency.”

The VF-5XT has transformed a job making valves for use offshore. The billets of titanium need 83mm holes drilled to a depth of 150mm. We used to drill 40mm holes on our lathe, then bore out to the required 83mm. This would take at least an hour