Based near Pontadawe in Wales, Agrimek has been manufacturing ATV and quad bike accessories and spares for over a decade. It has built a loyal customer base in the USA, and Europe, with 50% of the company’s exports going into Germany and the Netherlands.

Agrimek is well known in the agricultural fraternity for its diverse range of quad bike equipment including spot sprayers, spray booms and herbicide applicators (weed wipers). However, in recent years the business has been expanding into the sports and recreation markets.
Extensive experience in the quad bike industry gave Agrimek’s founder and owner, Gareth Porter an immediate inroad – he knew what to make, who to sell it to, and the weaknesses of the competition.

Almost immediately they began production of Gareth’s original designs, trading under the name Quadmaxx. Soon, increasing demand and rapid expansion of the product line necessitated the purchase of additional equipment. 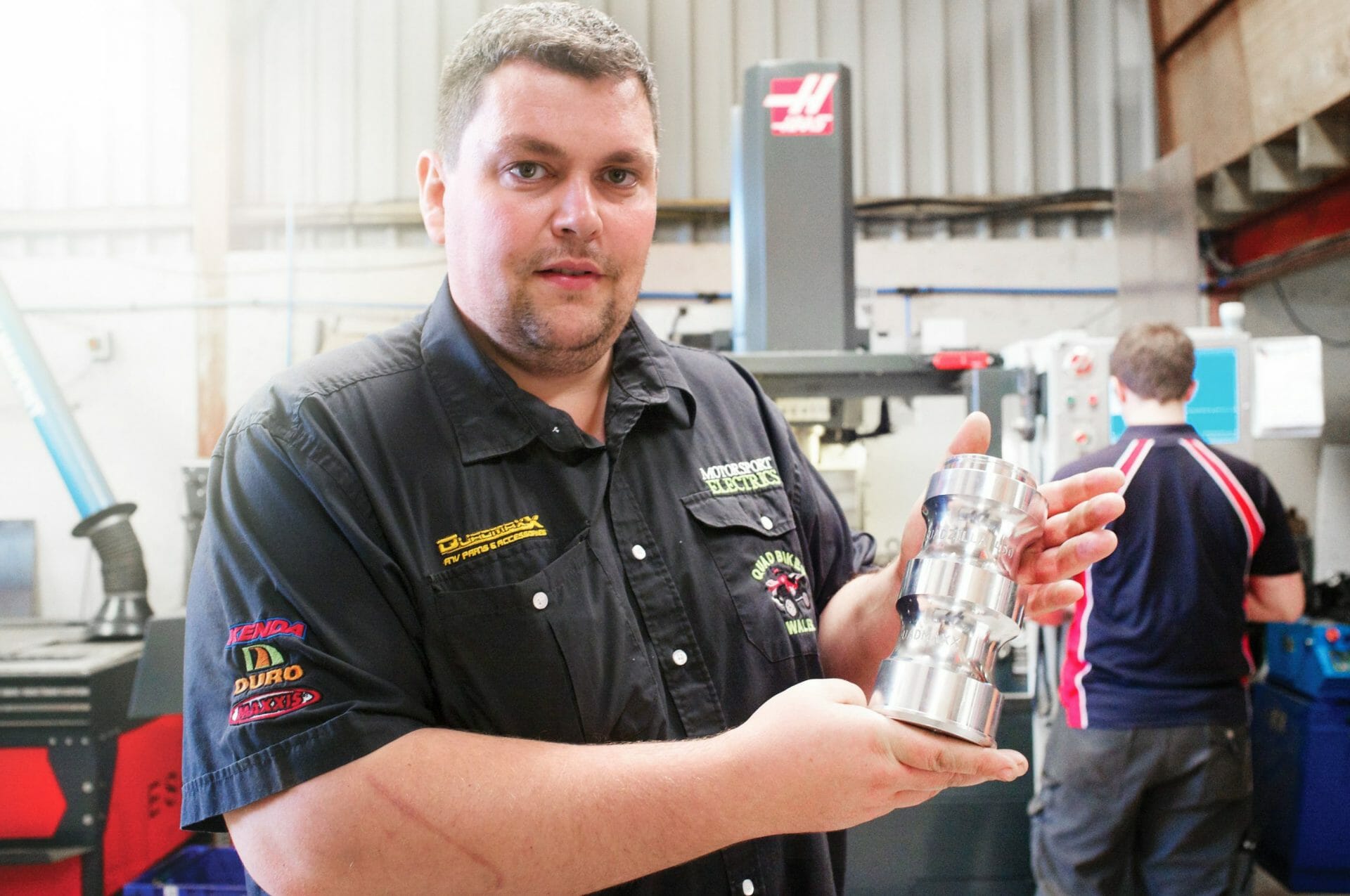 “Manufacturing accessories and spare parts for agriculture has been our bread and butter, but we’re really increasing our share of the sports market. We’re known for our innovative products, we don’t copy we improve. For example, we designed and produce sports rear axles that are around 60% longer than standard so are exceptionally stable. In fact, there are videos on YouTube of ATV’s equipped with our axles being ridden in Germany. The riders are cornering at around 90 mph, but it looks as though they’re only doing 20 mph. 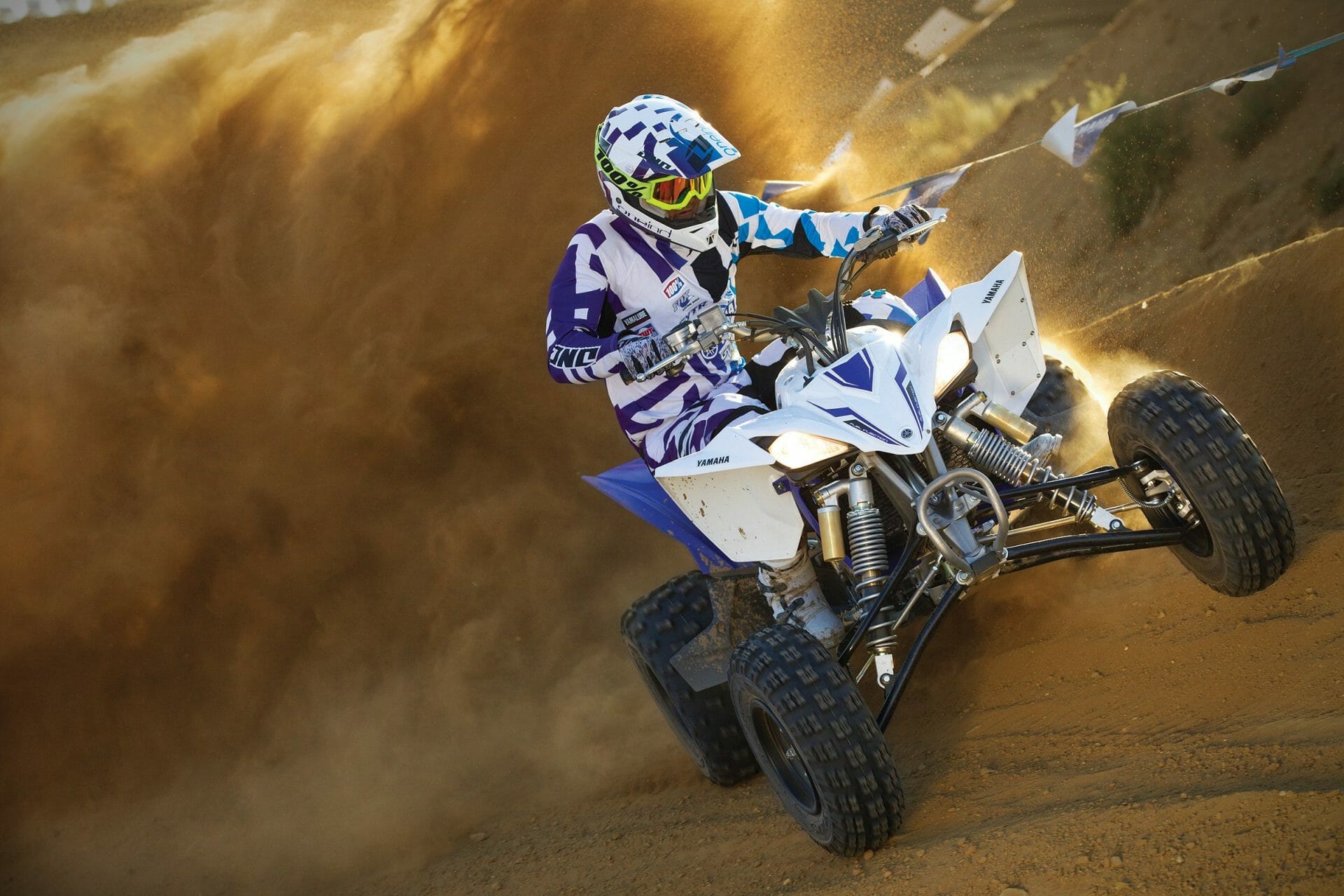 “We’re currently running a batch of heavy duty bearing carriers for a range of our axles. These are cut from aircraft grade aluminium and have twin row bearings for extra stability and wear. The first operation is done on the ST-10 lathe then they are finished on the VF-2. The 4th axis rotary is used to position the part for drilling and tapping and then finally to engrave our logo across the arc.

“We’ve seen a major increase in productivity since installing the Haas machines. Our old lathe/mill combo could produce 4 axles a day, the Haas duo are pumping out 4 times that. Of course, it’s not just speed that counts it’s the accuracy and quality of finish too.

“For many customers our products are as much about aesthetics as function. They know the strength is there, but the sport and street world want their kit to look good too.” 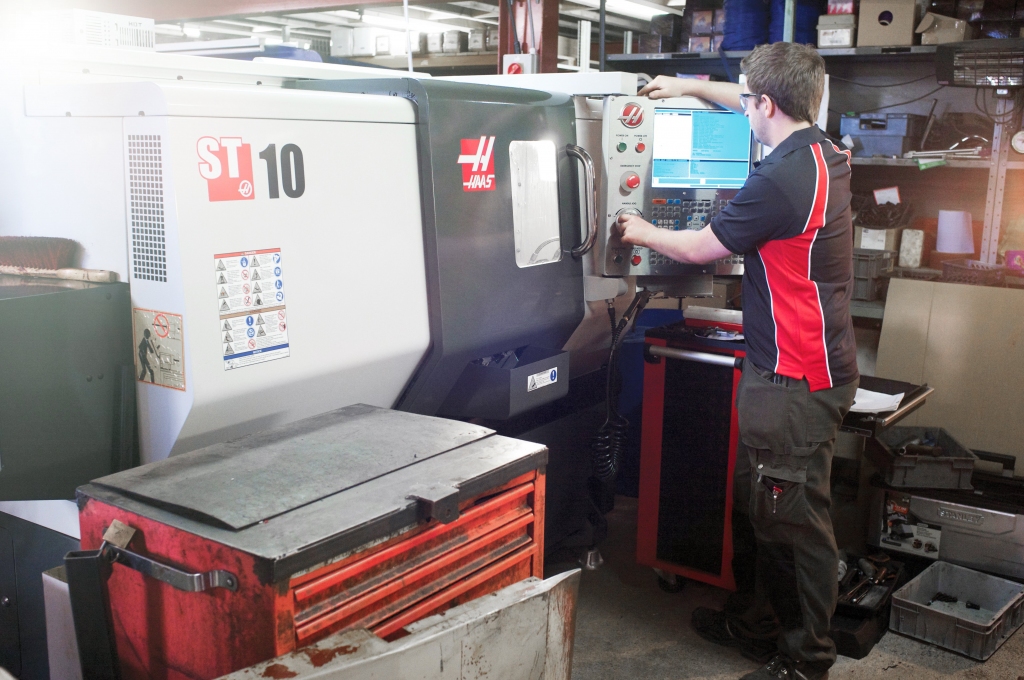 “We were eligible for a 30% grant and needed to provide the local authority with three quotes. We looked at several alternatives to the Haas machines, but we quickly concluded that we couldn’t do any better than the cost/specification of the U.S.-built machines,” explains Gareth.

“Also, others had recommended Haas to us – and told us that after-sales service was second-to-none. Reliability is hugely important to us. We’ve had issues in the past where we’ve been left high and dry. Once, one of our old mills broke down and it was over 6 months before we could get the spares and an engineer to get it up and running again. Another incident involved a power surge that killed one of the old lathes – we power all our machines from 3-phase generators, one of the challenges of setting up a precision engineering company in rural Wales – the lathe was deemed a right-off as getting spares was impossible. We haven’t needed to call out a Haas service engineer, but I like the peace of mind that there’s one just down the road from us, in case something does happen.”

“We’ve been really happy with our decision to buy Haas, concludes Gareth. “They’ve given us the quality and reliability we needed, and I know we’re going to be investing in more in the very near future.”

“We’ve seen a major increase in productivity since installing the Haas machines. Our old lathe/mill combo could produce 4 axles a day, the Haas duo are pumping out 4 times that. Of course, it’s not just speed that counts it’s the accuracy and quality of finish too.”