Founded in 1890, Chas. A. Blatchford & Sons Ltd has built a global reputation as a developer, innovator and provider of lower-limb prosthetics, orthotic and specialist seating products and clinical services.

Blatchford responded to the mobility needs of young active returning World War II amputees by concentrating development on a prosthetic knee that allowed for stabilized weight bearing and flexion when walking.

The knee, known as the Blatchford Stabilised Knee, became popular worldwide and established Blatchford as an industry leader in prosthetic innovation.

Blatchford has continued to develop increasingly sophisticated and successful prosthetics including the Blatchford Modular Assembly Prosthesis, winner of The Queen’s Award and Design Council Award, and the Endolite Carbon Fibre System that have set industry standards.

Blatchford remains committed to creating the future of mobility with the use of computer-controlled micro-processors to achieve the smoothest and most natural gait pattern.

Always at the forefront of new technology, the Modular Assembly Prosthesis (MAP) was designed by Brian Blatchford in the 1970s. It allowed the assembly of a prosthesis from a series of stock components.

Finally, large numbers of amputees could be fitted within a reasonable time scale. The company won a series of awards, including The Queen’s Award and Design Council Award, for this successful innovation.

In 1990 Blatchford began development of the first commercially available microprocessor controlled prosthetic knee in the world. 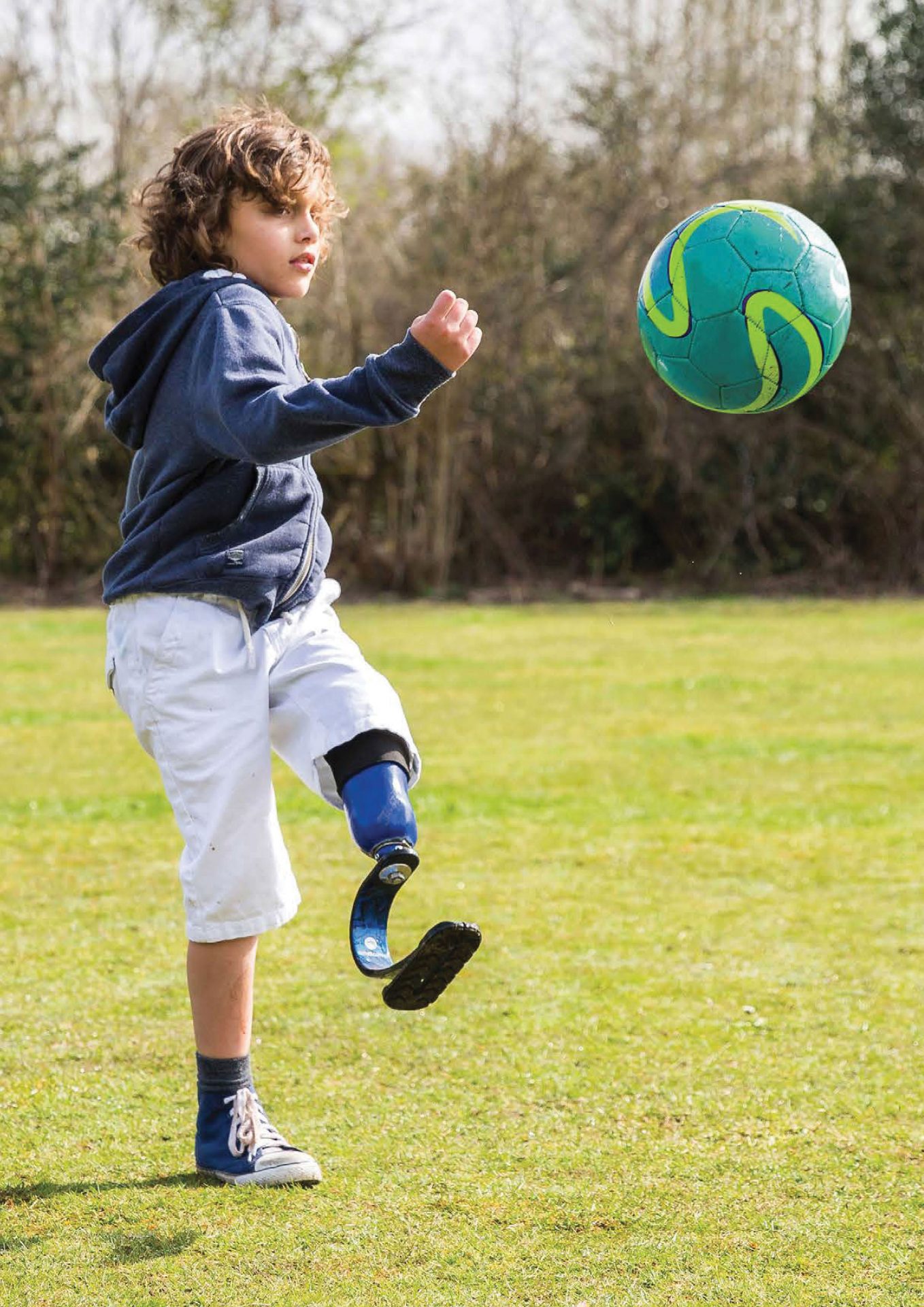 Another innovation during this period was an injection molded volume limb system for large scale use in developing countries, a waterproof version, the Aqualimb continues to be popular.

The 2000s were an exciting period of development within Blatchford with innovative output of feet, ankles and knees.

In 2014, Blatchford began looking to upgrade one of their older lathes. Manufacturing Engineering Manager, Ian Keeley, wanted to bring Haas to the workshop. “I’ve worked with Haas machines all my life”, he explains. “I did my apprenticeship at a company in Coventry who have 14 of them, so I knew they were quality technology.”

Ian opted for a Haas ST-10Y turning centre with a barfeed and additional Y axis. “It’s best to think of a Y-axis equipped lathe as two independent machines tools in one. First there is the turning centre. It operates exactly like any other 2-axis lathe. The second machine being a machining centre used to mill or drill features that are off the centre axis of the primary turned part.”

This was followed closely by a Haas VF-3YT vertical machining centre with a Y-axis travel extended to 660 mm and equipped with a 5-axis trunnion.

“The Haas mill isn’t a standard machine because we use it to machine carbon fibre limb components. The slideways are positively charged so the carbon dust is pushed away from the slideways. It’s absolutely perfect for the job. 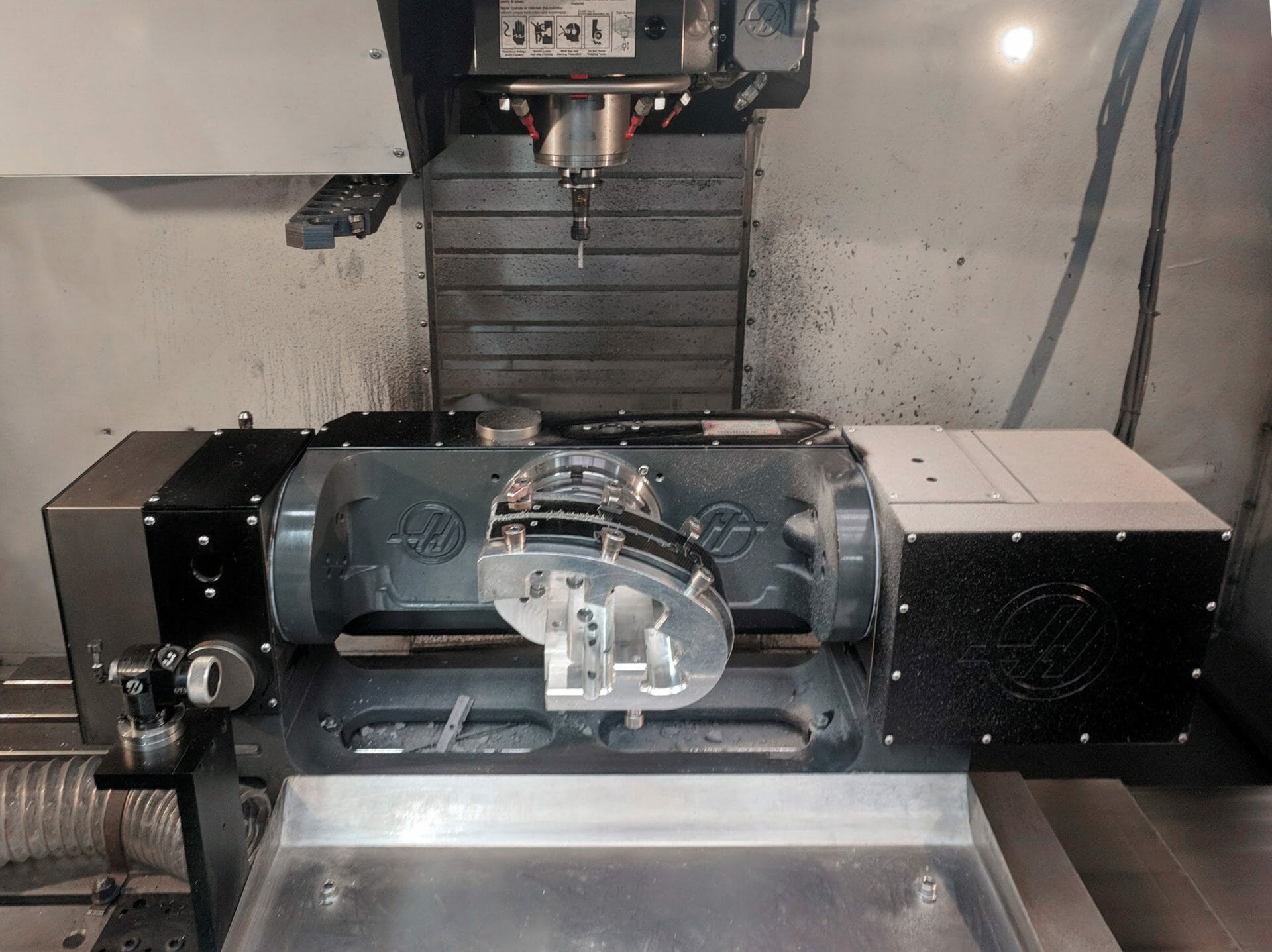 “A major factor in our decision was the Haas CNC control. Haas is everywhere, so when new operators come in they can run the machines straight away.

“The control is universal, so a lathe operator can change offsets and keep production running on the mill, and vice versa.”

Blatchford’s latest investment is an ST-30Y Y-axis turning centre. “This lathe has a maximum of 48 offsets,” Ian enthuses.

“We’ve engineered the set ups so that we use nearly all of them. We have 46 tools loaded which machine around 30 different components. The machine rarely needs to stop. Jobs are turned around in minutes because we don’t have to break the turret down. It’s far more productive than the machine it replaced.”

The ST-30Y produces components for high-end hydraulic ankles, knees and feet, worth up to £25,000 per unit. Most recently, it was used to make components for the company’s newest design.

Known as Linx, it’s the first microprocessor-controlled lower limb system where the foot and knee continuously talk to each other to optimise performance and improve safety. This innovation earned Blatchford the 2016 MacRobert Award, the most prestigious accolade in engineering in the UK.

“I would always recommend Haas,” says Ian. “They’re accurate, reliable and great value for money and they do the jobs we need them to do.”

Today, along with their Basingstoke headquarters, Blatchford has an orthotics and seating division in Sheffield, and a second prosthetics plant in Ohio, USA.

Together with offices and over 1,000 staff distributed around the world, they provide clinical services and supply rehabilitation providers across five continents.

“I would always recommend Haas. They’re accurate, reliable and great value for money and they do the jobs we need them to do.” 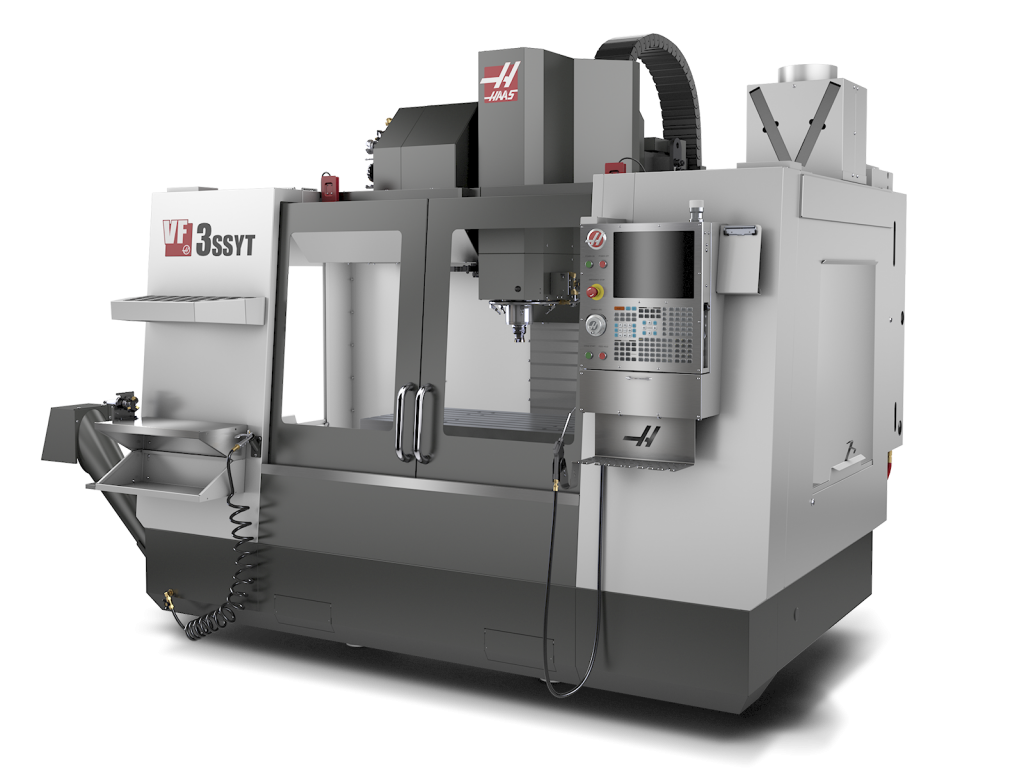 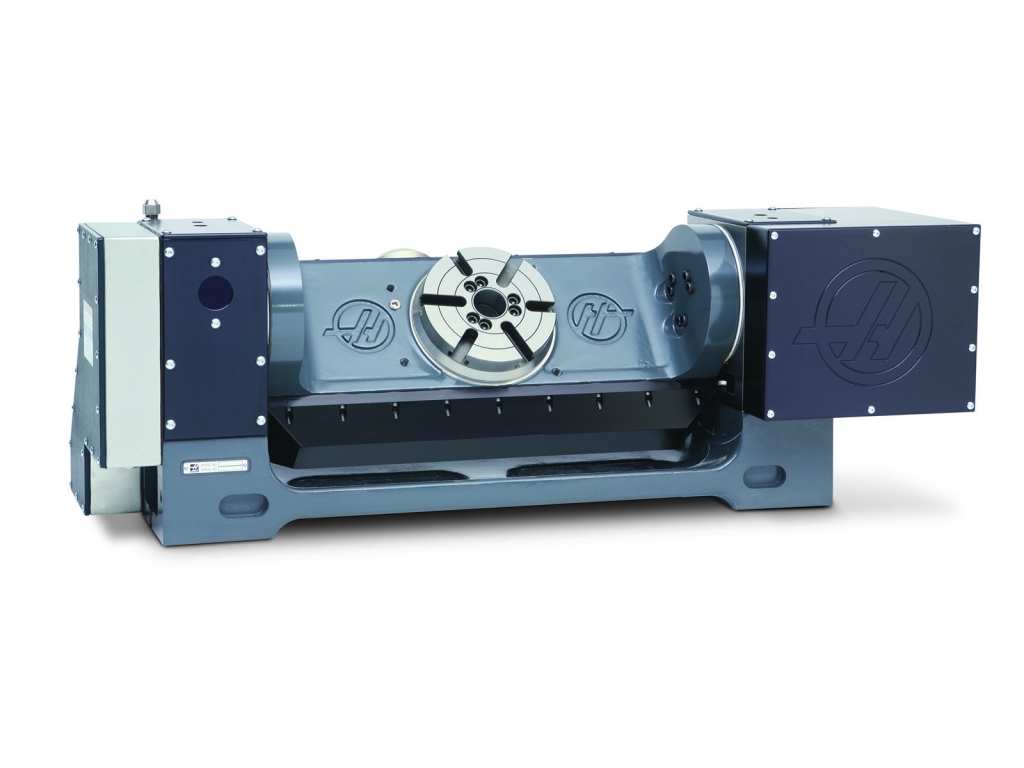 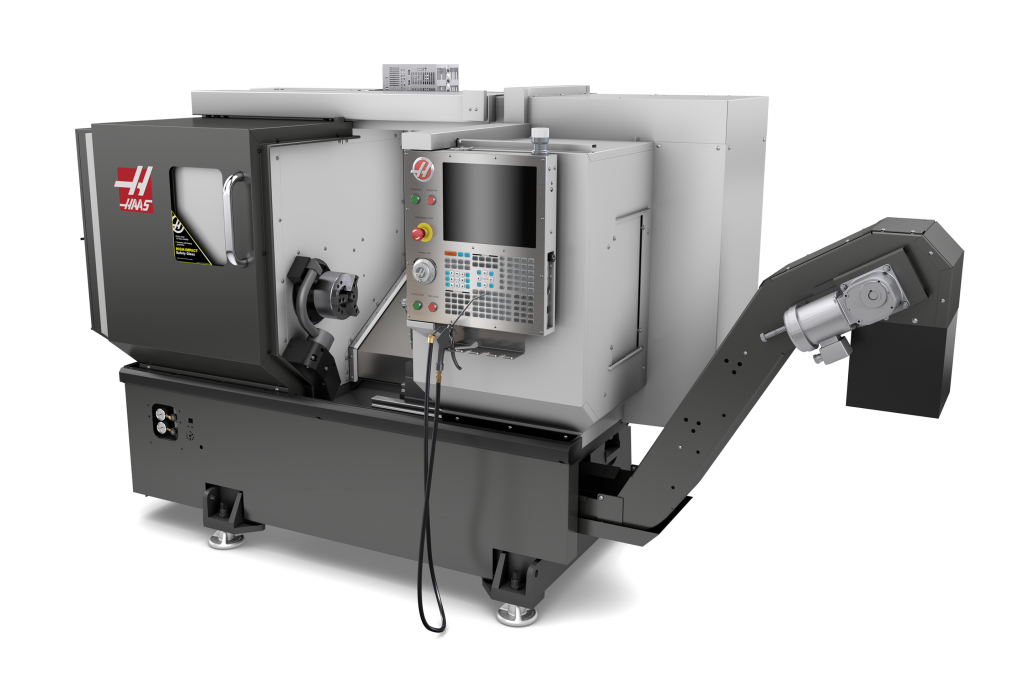 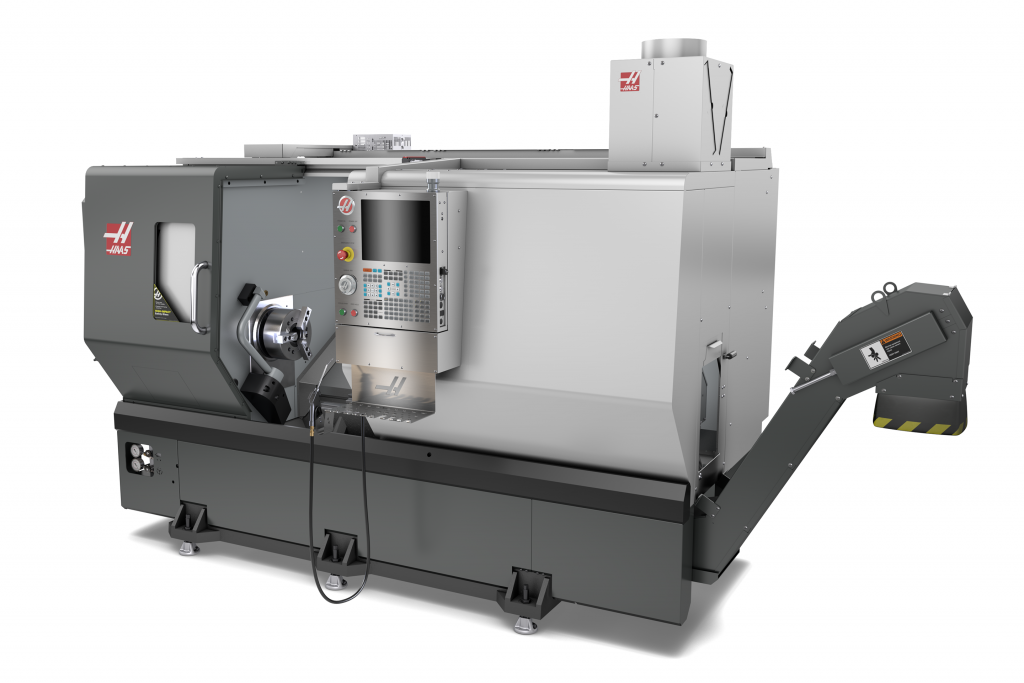