Machine shops that need a cost-effective solution for cutting tough, difficult-to-machine materials around the clock should look no further than the recently launched Haas UMC-750 universal machining centre. Testifying to the machine’s ruggedness and dependability is French company KMP, where an automated UMC-750 runs night and day machining complex aerospace components in titanium for Airbus. 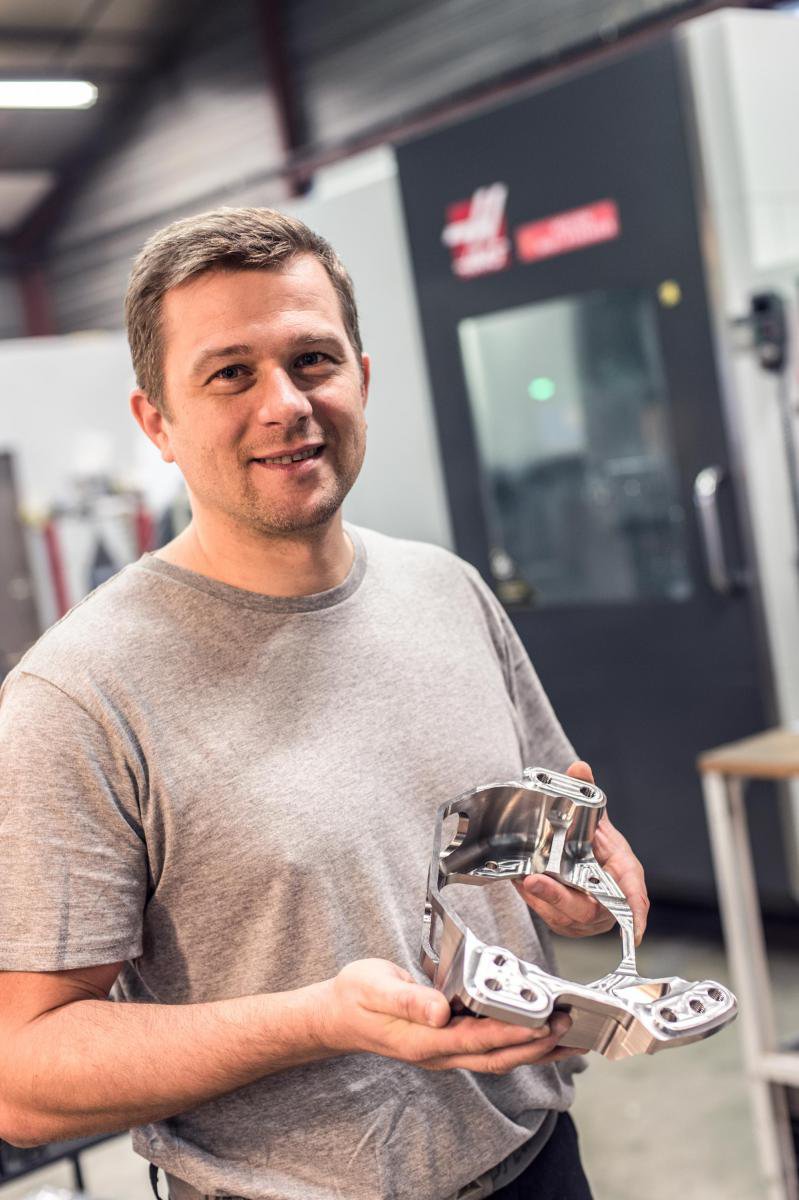 In southwest France, one very-well-known company dominates the industrial landscape: The Airbus Group. Along with an extensive supply chain in the Toulouse area, this European giant is single-handedly responsible for a good deal of the region’s economy. In fact, in 2011, when word got out that Airbus was planning a major manufacturing programme, husband and wife entrepreneurs Sébastien and Sonia Korckaz decided to establish their own subcontract machining facility, KMP, with the intention of servicing the large number of tier-2 and tier-3 aerospace companies in the area.

“Before we opted for Haas, we were told by other machine tool suppliers that they weren’t up to the job of cutting hard materials,” says Sébastien Korckaz. “In fact, it turns out they didn’t want us to know that Haas machines can be pushed day and night cutting tough materials, and will not let you down. What’s more, they’re so easy to use that one of my operators learnt the control in just a day; even my 11-year-old son can run the machines!”

With no established contacts in the aerospace supply sector, KMP’s first six months were far from plain sailing. But, knocking on the doors of large aerospace supply chain companies eventually led to a hand full of orders, which the company machined using a pre-owned Haas VF-2 vertical machining centre with a Haas TR160 two-axis (rotating/tilting) trunnion table.

“Haas has a big brand presence in the market in Europe, and because we’d had a very good experience with our used VF-2, we felt compelled to find out more about their machines,” says Mr. Korckaz. “Other machine tool suppliers said Haas machines were only good for aluminium and plastics, but to me, their derisory comments hinted that there was a hidden truth they didn’t want us to know about. At the start, we wanted a five-axis machine to differentiate ourselves from three main competitors we had identified in the market. But, we needed to find a good machine at a good price, and we couldn’t afford to buy a new one. The pre-owned Haas VF-2 proved to be the ideal solution. It has a very big program storage capacity, which allows us to use sophisticated machining strategies.”

Such was KMP’s initial success that within six months, the company had swapped the VF-2 for a Haas VM-2 vertical machining centre complete with a more powerful spindle, followed shortly by a Haas DT-1 drill/tap centre. However, the most recent purchases at KMP are two Haas UMC-750 five-axis machining centres, one of which is robot-loaded and typically runs all night. KMP was, in fact, the first company in France to install a UMC-750.

“We shopped around, but with a weight of 8 tons, the UMC-750 appeared to us to have the mass we were going to need to cut tough materials,” states Mr. Korckaz. “We had the opportunity to see the UMC-750 without the cover and were reassured by the sturdy, rigid machine frame. Also, we have great confidence in the Haas control. In fact, the UMC-750 is supplied as standard with some essential macros for five-axis machining, specifically for the dynamic repositioning of parts.”

According to Mr. Korckaz, the machine’s precision is another differentiating feature that has helped overcome many component issues at KMP. For instance, one particular part required holes drilled to a tolerance of ±3µm. The holes were generated using helical interpolation on the UMC-750, and the customer approved the parts when they were delivered as “right first time.”

Around 80 percent of components at KMP are produced from titanium – a notoriously tough and difficult-to-machine alloy – mostly for the aerospace industry, but also for motorsport. Many of the components are highly complex, featuring freeform surfaces, inclined faces, angled through-holes and irregularly shaped bosses. Sometimes 80 to 90 percent of the original billet is machined away. Titanium has proved to be no problem for the Haas machines. Indeed, thanks to automation, one of the UMC-750 machines runs around the clock cutting titanium workpieces.

The Eco-Tower 60 from Lang Technik offers a simple and advantageous introduction to automation, typically for batch sizes up to 60 off. An operator at KMP loads the tower with billets, presses the button, and walks away, returning to find a completed batch of precision parts. “Communication with the UMC-750 is very straightforward, and was facilitated by a Haas technician in no time,” says Mr. Korckaz.

KMP aims to continue growing by finding customers who need precise parts made in tough materials and larger volumes. But the company is in competition with local companies, as well as rivals operating in lower-cost economies, such as Romania and Tunisia.

“We have to be well organised and structured, with an attractive hourly rate, in order to compete,” concludes Mr. Korckaz. “Which means the price and running costs of Haas machines are a huge advantage, and we can build on that.

“We now feel confident enough to hire more employees and buy more Haas machine tools, especially universal machines. I’m very glad we didn’t listen to the stories we were told by other machine tool companies. We wouldn’t be where we are today. It’s always worth finding out for yourself.” 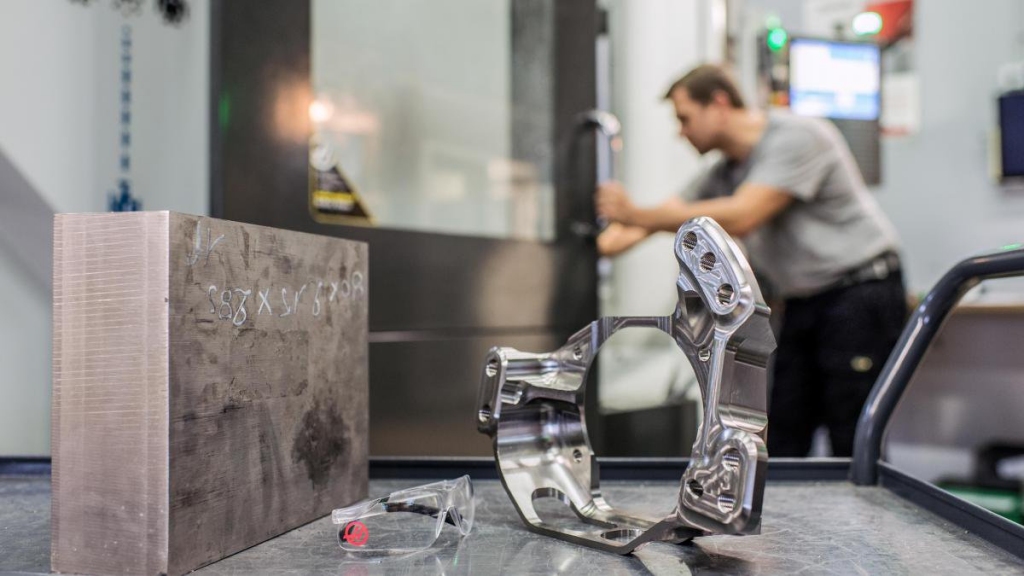